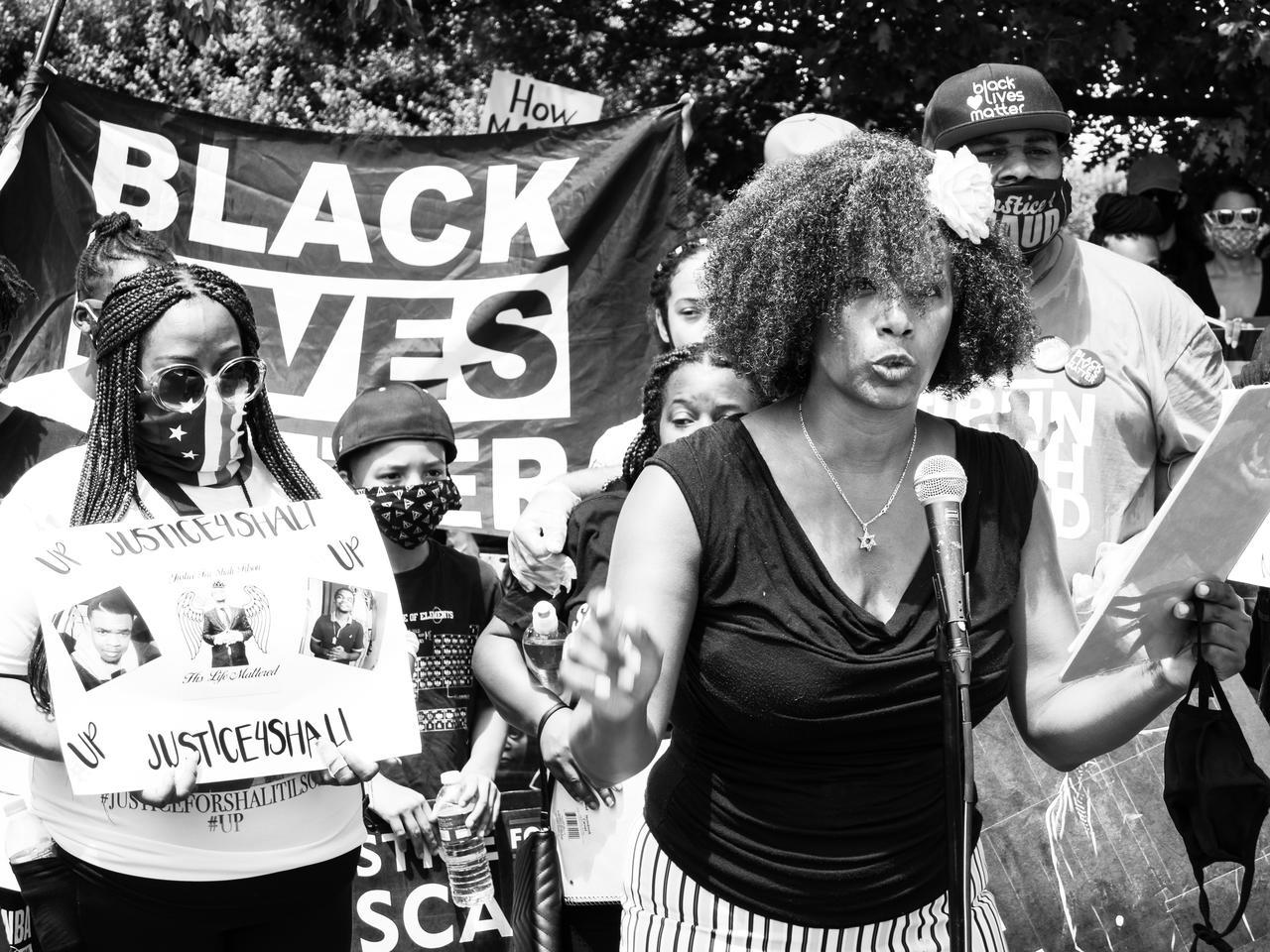 As a Black American Jewish woman and an organizer, activist, and co-founder of Alliance for Black Lives in Georgia, I am an engaged participant in the Black Lives Matter movement. I also fight against the structural racism Black Jews experience in our Jewish community. I criticize the racist foundations of America, abhor the colonized history and massacre of Indigenous people, and I fight to dismantle structures of oppression, racism, terror, and injustice.

Johnson created a post on Systematic Racism on LinkedIn where she challenged all of us to authentically “check” ourselves to show how we are all racists. One of the indicators of your racism is that “You do not understand the Black Lives Matter movement.”

Tarece Johnson is also a proponent of one of the most dangerous and destructive philosophies out there – Critical Race Theory.  As she states in her book on education:

Implicit in effective multicultural learning, especially with consideration of racial diversity and equity in education, is critical race theory.

Just a little research into this mindset will show you how divisive it is.

Black Lives Matter (BLM) recently took down the “What we Believe” section from their official website, but it is still easy to find. Among the most troubling for most parents are:

We are self-reflexive and do the work required to dismantle cisgender privilege and uplift Black trans folk, especially Black trans women who continue to be disproportionately impacted by trans-antagonistic violence.

Most parents do not believe that teaching that a child’s “gender identity” matches their sex assigned at birth is a privilege and certainly not something that should be dismantled.

We make space for transgender brothers and sisters to participate and lead.

Alternate lifestyles are a part of our culture, but most parents of young children prefer to have the discussion when they feel their child is ready and present it in the manner that aligns with their family’s beliefs.

We disrupt the Western-prescribed nuclear family structure requirement by supporting each other as extended families and “villages” that collectively care for one another, especially our children, to the degree that mothers, parents, and children are comfortable.

Gwinnett County parents (and almost all experts) know that the traditional nuclear family – mom, dad, children – is the environment that gives children the best chance to thrive. It is not some Western-prescribed construct that needs to be disrupted.

We foster a queer‐affirming network. When we gather, we do so with the intention of freeing ourselves from the tight grip of heteronormative thinking, or rather, the belief that all in the world are heterosexual (unless s/he or they disclose otherwise).

A queer-affirming network for our fourth graders? Not likely. And there is no huge call to be free from “the tight grip of heteronormative thinking.” This agenda is already pushed through all our entertainment, where every new show or movie has to have at least one non-hetero relationship, despite the fact that lgbtq individuals make up a tiny fraction of our society.

A central part of BLM is their continual calls to “Defund the Police.” This clearly explains Dr. Johnson’s many calls to eliminate the School Resource Officers who currently serve such a vital position in our schools.

There is also a troubling spiritual component

Patrisse Cullors, one of the co-founders of the Black Lives Matter movement, described herself as a “trained Marxist.” But we now have a recording between Cullors and Dr. Melina Abdullah, a professor of African studies at California State University Los Angeles who founded BLM’s L.A. chapter.  In the recording, they discuss the spiritual roots of their movement.

Abdullah is very upfront about their beliefs. “We’ve become very intimate with the spirits that we call on regularly. Each of them seems to have a different presence and personality. You know, I laugh a lot with Wakiesha … I didn’t meet her in her body, right? I met her through this work.”

Patrisse Cullors acknowledges that they are “resurrecting the spirits so they can work through us to get the work that we need to get done.”

“I started to feel personally connected and responsible and accountable to them, both from a deeply political place but also from a deeply spiritual place,” Cullors said. “In my tradition, you offer things that your loved one who passed away would want, whether it’s like honey or tobacco, things like that.”

“It’s so important, not just for us, to be in direct relationship to our people who have passed, but also for them to know we’ve remembered them,” she added. “I believe so many of them work through us.”

Abdullah said that the first thing people do when they hear of murder is “pray” and “pour libation we built with the community where the person’s life was stolen.”

“And it took almost a year for me to realize that this movement is much more than a racial and social justice movement,” Abdullah said. “At its core, it’s a spiritual movement because we’re literally standing on spilled blood.”

At this point on the recording, the two go on to explain one of the common chants of the movement – “Say her name.”

Abdullah explained – “When we say the names, right, so we speak their names, we say her name, say their names, we do that all the time, that you kind of invoke that spirit. And then those spirits actually become present with you.”